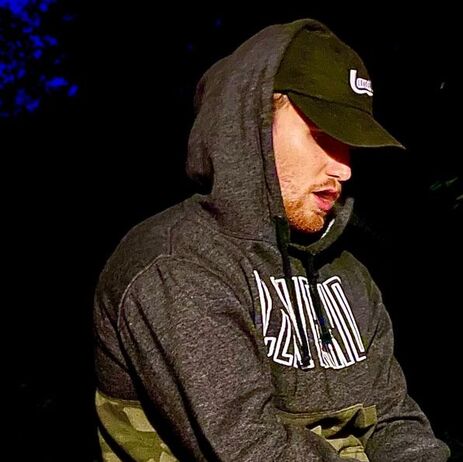 Clonefluence has helped me grow organically, not only on Instagram but in every aspect of my career. It's a great team and an even better community that keeps you motivated and constantly gives you good advice. Someone is always there to help whenever an issue comes up or if you ever need anything they solve it as soon as possible! Honest and pure brand development with selfless intentions.​

Joe Shuman, better known as, Joe-Y, is a 22-year-old artist born and raised in Cleveland, Ohio. Growing up he was heavily influenced by rap at a young age, listening to Lil Wayne, J. Cole, Mac Miller, Kendrick Lamar, and Machine Gun Kelly as major influences. Focused more on sports through his youth, Joe did not begin making music until the age of 19, however, his father played guitar his entire life and tried to teach Joe to play from a young age. Though guitar may not be his passion after high school, Joe was quickly infatuated with rapping. Dealing with mental illness, poverty, and a rough environment, Joe quickly found music as a place to escape and be at peace with himself. Joined by producer and childhood friend Chris Zver, Joe began recording and releasing his music in May 2019 with his debut single “Going Through it." Shortly after this song, Joe grew a rapid following and dubbed the term “Stay Buggin”.​

​We had an initial consultation with Joe-Y where we identified exactly what he was looking to do improve with his career. Our team finds the best package to enable these goals and help achieve the desired results to consistently work with one another in the future! We go over the strategies that we may use in depth, what should be done by him, and what should be done by us to secure results in the coming months.

​Based on what Joe-Y wanted to accomplish, we created a specific game plan consisting of networking, playlist pitching, discover page landing, posting schedules, and release schedules to boost the trajectory of his career! Joe is a great artist and with the correct marketing, we knew it was his time to shine.

Our team sent out a questionnaire that we would use to learn more about the artist personally to begin the process. The process of networking is used in multiple ways to ensure growth on the agreed platforms for the agreed time length.​ This information is used to see the individual's target audience and build from that organically!
Joe-Y had a very small following on just about every platform. Working with an agency was the smart choice because it was the perfect time to start taking the music industry seriously. Apart from being featured on some Instagram pages, there was no real strategy to Joe's marketing. Every time he had a release it would just be seen by the same people that were following him.

Our job was to find where Joe's music would be seen as next-level and would be able to stay prominent as well. Joe eventually wants to work on getting verified through social media platforms so we wanted to work on getting him a solid fan base to be seen as a credible artist in his niche before that can happen in the future.

Aside from putting out great content, having a great team behind the content is what gives individuals opportunity to continuously grow.