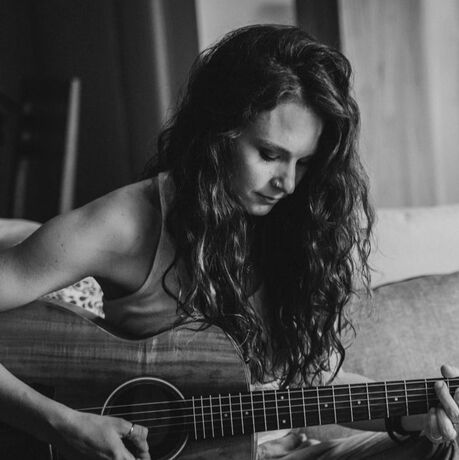 Very professional. They go all the way for their roster and team. It's a lot more than just an engagement group. It's almost like a little family. Been with them for almost a year now and don't plan to leave soon.​

Aura Davis has had an interest in music and arts from a very young age, with experience in casting auditions and live shows. She wrote poems and novels at the age of 9 and then turned her back on art and creativity for a long time because of mental health struggles. At 22, she picked up her guitar again and continued where she had left it. The only thing that changed: She's focused and her pen sharp as a knife. As a grown woman, Aura has learned to deal with her inner demons in a healthy way. «"If I didn't write, I wouldn't sing. Writing has saved my life and therefore it only makes sense I mostly write on my own at first."
Her musical influences consist of Julia Michaels and Michelle Branch, who both stand for straight, bold Pop/Rock Music and musicians such as Grace Potter and Taylor Momsen truly inspire her. The kind of music that actually makes a difference in her life is made by bands like Porcupine Tree, Riverside, Katatonia, Soen, and God is an Astronaut. She believes Progressive, Melancholic Rock music is an all-time favorite. Her newest release "Unbroken" shows where she musically exists and more so, where she's going to go. There’s no doubt Aura came here to stay.

​We had an initial consultation with Aura where we identified exactly what he was looking to do improve with her career. Our team finds the best package to enable these goals and help achieve the desired results to consistently work with one another in the future! We go over the strategies that we may use in depth, what should be done by her, and what should be done by us to secure results in the coming months.

​Based on what Aura wanted to accomplish, we created a specific game plan consisting of networking, playlist pitching, discover page landing, posting schedules, and release schedules to boost the trajectory of her career! Aura is a great artist and with the correct marketing, we knew it was her time to shine.

Our team sent out a questionnaire that we would use to learn more about the artist personally to begin the process. The process of networking is used in multiple ways to ensure growth on the agreed platforms for the agreed time length.​ This information is used to see the individual's target audience and build from that organically!
Aura Davis had a fairly large following to start with on just about every platform. Working with an agency was the smart choice because it was the perfect time to start taking the music industry seriously. This is what can be leveraged from what was already done alone. Aura has marketing experience of her own so she was using that correctly in order to grow correctly, but with growth comes with more responsibility. Artists all get to the point when they want to try and focus on the music making process as much as they can. She needed a team to assist and keep pushing her growth heavily until her talent was never going unnoticed.

Our job was to find where Aura's music would be seen continuously at the pace she was already growing and would be able to stay prominent as well. Aura eventually wants to work on getting verified through social media platforms so we wanted to work on getting her a solid fan base to be seen as a credible artist in her niche before that can happen in the future.

Aside from putting out great content, having a great team behind the content is what gives individuals opportunity to continuously grow.